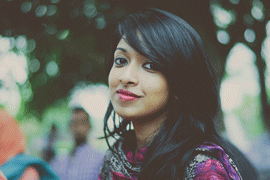 Big-Data-Solutions for the future therapy 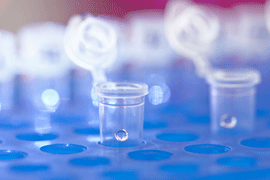 Networks and consulting
for international success 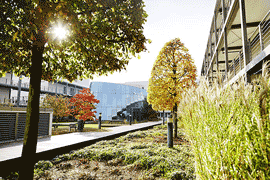 Business models for the digital age 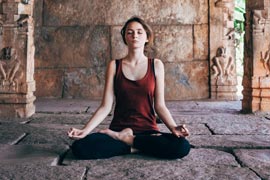 The memorandum of understanding was agreed at FiZ on the occasion of the event “German/Indian knowledge exchange regarding current developments in the health care sector” by Dr Garbe with Dr Vaidya Rajesh Kotecha – who is currently working as Union Secretary for the Indian Ministry of AYUSH – in September of this year. During his visit to Germany Dr Kotecha noticed that Ayurveda and german Biotechnology can work together to generate evidence-based data for promotion of Ayurveda in Germany.

The MoU constitutes collaboration in the field of Ayurgenomics. The Hessian biotechnology centre, FiZ, is intended to contribute to fundamentally enhanced diagnostics and therapeutic safety, as well as prevention within the scope of a precision medicine approach. “It is precisely those unconventional and ground-breaking projects that bring us together and advance us scientifically, economically, and politically. Both sides can benefit immensely from the collaboration”, says a pleased Hessian Prime Minister, Volker Bouffier, chairman of the board at FiZ.

Frankfurt was once considered as ‘world's pharmacy’. The Memorandum of Understanding signed today is a new milestone in the long tradition as an internationally recognized life sciences location and will contribute to improved medical care worldwide, "said Markus Frank, City Councilor and Head of the Economic Affairs Department of the City of Frankfurt. “Using ‘German Genethics’, we are initiating partnerships like this one at FiZ. For years there have been diverse contacts with India in order to foster both, share experience and know-how in our network and render technological knowledge economically usable as well”, explains Dr Garbe stressing “I’m certain that empirical medicine and precision medicine will become productive partners!”

„Ayurveda is the science of a long life principally involving prevention, i.e. a healthy lifestyle in the wholeness of body, mind, and soul considering all environmental factors”, explained Prof. Nesari from AIIA, a national institute with connected hospitals for Ayurvedic medicine and research under the umbrella of the Ministry of AYUSH (Ayurveda, yoga, and naturopathy, Unani, Siddha, and homeopathy). One important goal of the collaboration is to develop evidence-based guidelines to integrate Ayurvedic principles and practises in modern medicine. The Ministry of AYUSH expects nothing less than that, in the future, medical practitioners can make therapy decisions for Ayurvedic treatments like in Western medicine based on empirically proven effectiveness. Furthermore, this involves exchanging knowledge and experience according to the current goals of the WHO.

As empirical medicine, Ayurveda gains knowledge from observing individual courses of disease and effects of therapy. Precision medicine enables practitioners to treat patients individually based on data and thus to increase the chances of recovery. FiZ pursues a precision medicine approach, which is now used to identify and substantiate potential evidence using genetic and epigenetic analyses – genetic changes can also be caused by environmental and behavioural factors, e.g. nutrition, and assessed using cutting-edge biotechnological analyses in conjunction with statistic big-data methods within the scope of the “German Genethics” project.

“In recent years, the Frankfurter Innovationszentrum für Biotechnologie was able to be built up not just to a successful infrastructure project, but it has developed an international charisma with its “German Genethics” approach”, said Minister-President Bouffier.

About All India Institute of Ayurveda (AIIA)

The All India Institute of Ayurveda (AIIA) is a new upcoming institute, which is conceived as an Apex Institute of Ayurveda. It is a unique institution in the country which is having a perfect blend of Ancient Wisdom with Modern technology. Very recently AIIA has started its activities from newly built hospital and academic & research blocks. AIIA is committed to offer un-parallel Ayurveda treatment facilities through hospitals. Various research laboratories and technical experts are putting their best efforts to make this institution a hub for fundamental, drug and clinical research to make Ayurveda evidence based. Standardization and validation of Ayurveda drugs and treatment modalities is on the top agenda. Since its inception, the institute is attracting the attention of leading international medical institutions and experts from USA, Europe and other parts of the world. Prof Dr Tanuja Nesari is Medical and Managing Director of AIIA.